Do you suspect your boyfriend is secretly flirting with other women on Facebook? So you want to know how to check boyfriends facebook messages to make things clear. But can you read your boyfriend’s messages without him knowing?

Yes, you can read his Facebook messages without him knowing, some even without touching his phone!

I will show you several ways how to spy on Facebook messages. You can start spying on your boyfriend’s or girlfriend’s Facebook, protect your relationshipreading his Facebook inbox messages.

You can use free spy apps ordoing few steps that are easy to follow and do.

It’s essential to be able to trust your loved ones. If you notice something suspicious, it’s always better to be safe than sorry.

There are times when it would be best to spy on your boyfriend’s Facebook messages because:

So, you think it is a good reason to read his Facebook messages.

Why you should not spy on your boyfriend’s Facebook

Facebook is a social media site used to chat with friends and share information and posts with others. The people you talk with on Facebook are not likely to know who you are in the real world.

For a multitude of reasons, you should not spy on your boyfriend’s Facebook because:

Well, some people think that social media sites like Facebook can be used for personal spying on your boyfriend. Still, the truth is that it’s not always good to know what your partner is doing when you’re not around.

There are some ways where this can actually hurt your relationship in the end. So, think about it, carefully!

So you’ve decided that you’re ready to spy on boyfriend’s or girlfriend’s Facebook. Welcome abroad, and these are few ways you can do to spy on Facebook messages:

How to use spy apps and install on Facebook

For Spy apps can work to check boyfriend’s Facebook messages, you need to have the device physically in your hand for about 5 minutes to install it on his phone.

Installation of spy application is simple; you simply open up a web page on the mobile and enter the code to download the extension to the phone. Once the download is complete, the application automatically installs, and options can be set up if necessary.

Voila, you now check the message without your boyfriend knowing!

Best Free Spy Apps You Can Use on Facebook

There are so many spy apps out there that it can be hard to determine which one is best. Understandably, many people are hesitant to give up their personal information to an app, no matter how “free” it may be.

The truth is that there are some great spy apps out there that don’t ask for personal information.

Some best free Spy apps you can use on Facebook: TheTruthSpy, FreePhoneSpy, GuestSpy, AppSpy, SpyEra, XnSpy, FlexiSpy, and mSpy.

A simple way to do it isdirectly using your boyfriend’s phone. You can spy on his Facebook messagessimply using his smartphone when he is not looking or when he is not around you.

Believe me, most people using the Facebook Messenger app on their mobile are not securing it with a password or Applock.

You only need a few minutes to open Facebook and read messages. Just don’t forget to only check necessary messages!

You can try to open Facebook from your boyfriend’s computer. Most of the time, it always log-on to Facebook, so you can easily see his activities and messages.

After you log in for his account on PC, you can read his conversation in his chat window and look for the suspicious messages in the list.

All you need to do to reset the password is:

3. Find the password reset request code sent to the phone or email

Remember, it is your password, not his. Your boyfriend will not be able to reaccess it if logged out. Then he will definitely do a password reset. So, you got time until he does password reset.

Phishing is a type of online identity theft that tries to trick people into sharing important information like personal and login credentials, phone numbers, and financial data.

Yes, this is difficult and somewhat unethical to do to your boyfriend because you would like to deceive him to give you the data you need.

A keylogger is software that captures every keystroke on a predetermined computer and sends the logs to the designated receiver.

With a keylogger, you can know what your boyfriend is doing online, track and monitor the websites and links he visits, and of course his password.. all of his passwords!

Still want to check and read your boyfriend’s Facebook messages

If you’re trying to get more personal info about him or her or just love to find out what they are keeping from you, maybe you could simply ask.

Lots of people are honest with their partners. And sometimes it’s just your mind who is playing tricks with you. 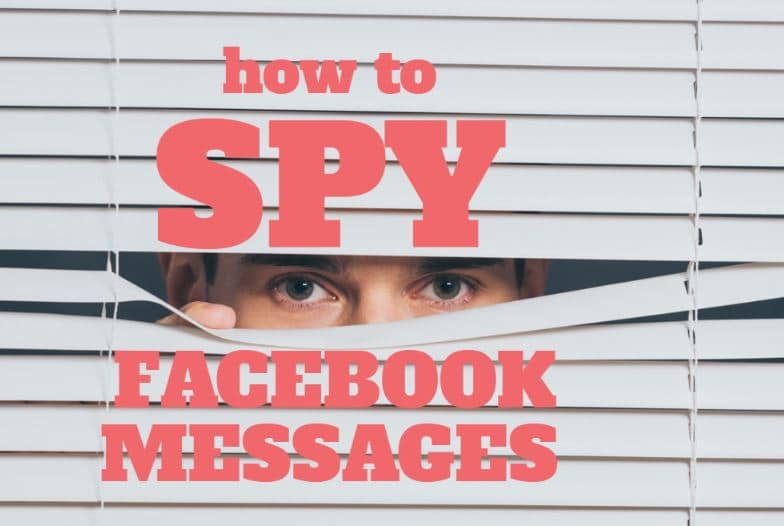